Last week I went to hear Greta Martela speak at the Kansas University campus. Greta is the Founder & CEO of Trans Lifeline. Trans Lifeline is a suicide hotline for transgender and gender nonconforming youth. 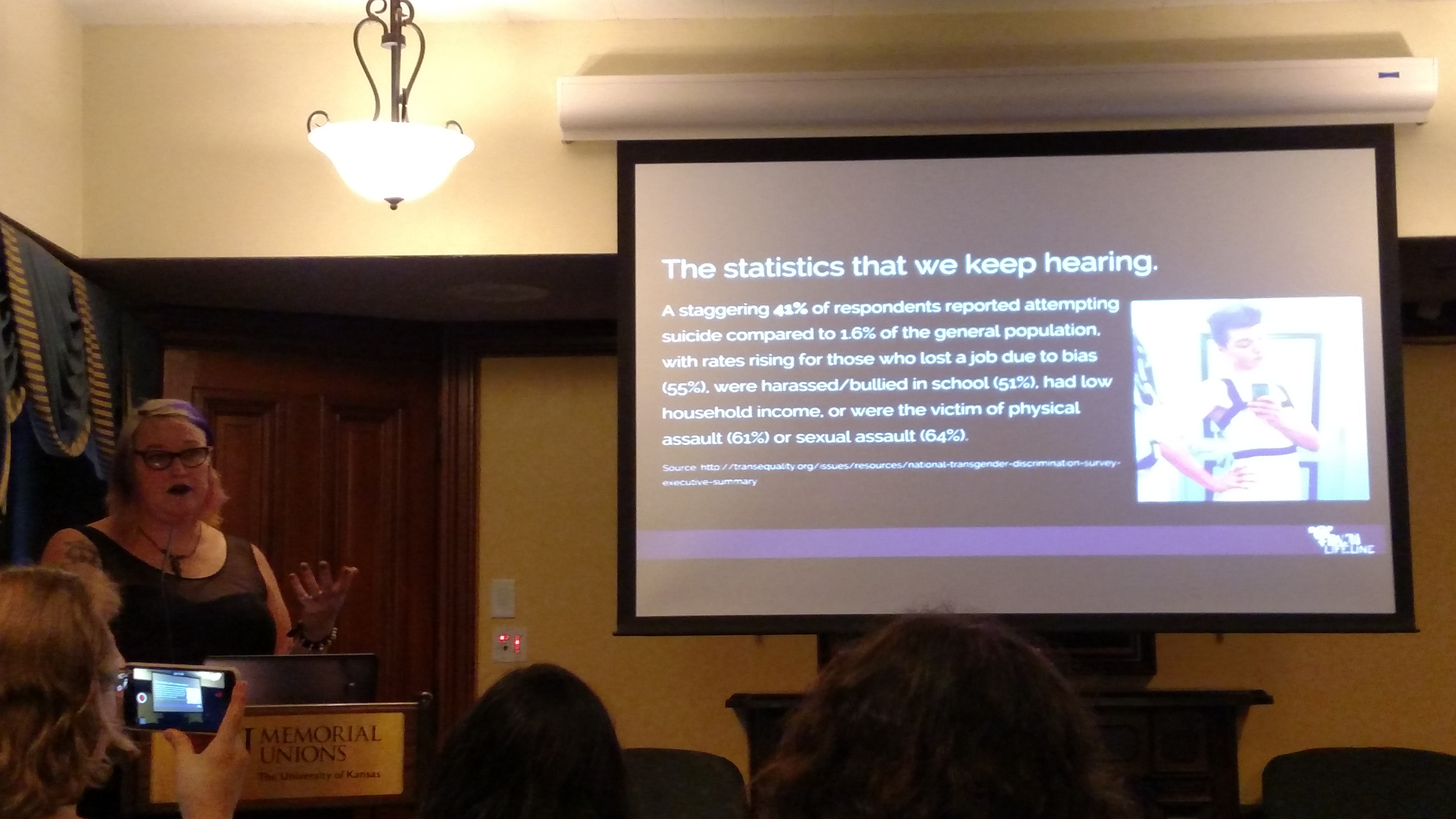 In Martela’s speech she pointed out that “The (transgender) population has a disproportionate amount of suicides” than the general population. According to the 2014 study by the American Foundation for Suicide Prevention and the Williams Institute, 41 percent of transgender individuals attempt suicide during their lifetime, which is 10 times the rate of the cis-gender or non-transgender, population. Fifty-seven percent of transgender people are rejected by their families, according to the study.

A staggering 41% of respondents reported attempting suicide compared to 1.6% of the general population. A lot of this is due to the raising rates for those who lost a job due to bias (55%), were the victims of physical assault (61%) and sexual assault (64%).

Therefore it is important that Transgender get access to the needed therapy that they so desperately need. Because of the statistics quoted above conventional therapy of going to a therapist office is not feasible solution.

Another alternative would be for transgender to consider online therapy. With online counseling can connect online with a counselor from the convenience of your home just by using your laptop computer, tablet or smart phone. All you need is a Wi-Fi connection or a cellular connections to see a counselor.

Because you can do this therapy from the privacy of your own home. It is more private discreet counseling than conventional therapy of going to a doctor’s office. Also it does not have to be done Monday – Friday, 8-5 pm but can be done after hours at a time that is convenient for you in the privacy of your home. Think of it as “counseling at your convenience”.

So if you are looking for an alternatitive to conventional therapy you may what to consider online therapy.

If you would like to learn more about how online therapy works. Please click on the blue buttom below to learn more.