Thirty-five percent of us who make New Year's resolutions break them by the end of January. And only 23 percent of everyone who makes a resolution will see it through to completion [source:FranklinCovey].

Despite what you might have heard it can take longer than just 21 days for a lot of us to change a habit -- one study found it took anywhere between 18 and 245 days) [source: Burkeman]. 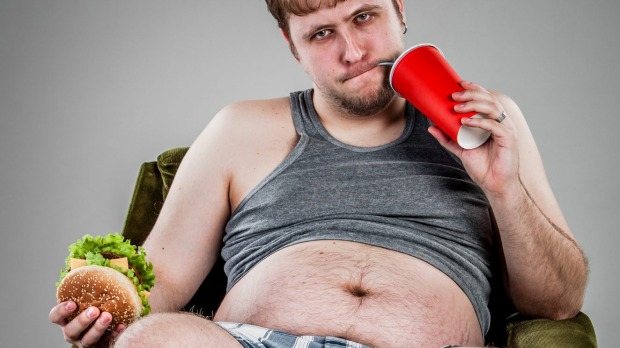 Here are the top 10 Reasons why we break New Year’s Resolutions:

Whether it's quitting smoking, improving your tennis game, or going to the gym more often, don't go it alone. "If you are someone who has a higher success rate when you have outside support, then get a buddy," says success coach Amy Applebaum. "This creates accountability, which is essential for success."

"Most of us create resolutions that are too ‘big' and therefore we can't meet them," Applebaum says. "Examine your resolutions. Are they what you really want or did you commit to them because you thought you were supposed to?"

Take it day by day, says life coach Hunter Phoenix. "I've made a pact with myself to stop obsessing about the past, fantasizing about the future, and to instead embrace the present and what I can do to make a difference here and now."

Reason 3: Giving up too Easily
Whether you get discouraged or simply lose interest, giving up too easily is a big resolution breaker. "Many people make their resolutions with a genuine belief that they can accomplish them, but come February the excitement wears off and other priorities begin to take precedence," says Andrew Schrage, founder of MoneyCrashers. "To cure this issue, try to set benchmarks throughout the year. By doing so, you can keep yourself on track throughout the year and use the power of positive reinforcement to keep your momentum going."

Reason 4: Time Management
Sometimes you realize your resolution is a bigger time commitment than you'd originally intended. Instead of trying to accomplish it all in one day, break it up into manageable increments. "I resolve to devote five minutes a day to being clutter-free and organized," says professional organizer Melinda Massie. "The easiest way to get and stay organized and clutter-free is to make it a daily habit, and everyone can spare five minutes a day."

Reason 5: Financial Burden
Many give up on their resolutions if the associated expenses are too high, Schrage says. "For example, losing weight can sometimes require an expensive gym membership. Be creative and try to find less expensive ways to complete your goals. If you're trying to lose weight, you can exercise and work out without a gym."

Reason 6: Unrealistic Resolutions
You may fantasize about your svelte new size-6 body or that six-figure job, but can you really make it happen before the year is out? "If you think you will lose 100 pounds in three months, this is not going to happen," says nutrition and fitness expert Erin Palinski. "You need to set a goal that is actually achievable in the time frame you set for yourself."

Clinical psychologist Josh Klapow. "So pick one you have confidence in and stick with it. It is far better to succeed at a smaller, more manageable resolution than to fail at a larger, loftier one."

Reason 7: No Plan
"The best resolutions are those that actually include a plan of action," says hypnotist Michael Ellner. Applebaum says people set themselves up for failure because they commit to a resolution, fully knowing they have no plan in place to actually achieve it.

Be honest with yourself. "Oftentimes we find ourselves committing to things because we think we should," Applebaum says. "Don't waste your time with that. You will only be disappointed in yourself. Make resolutions you actually want to achieve because you really want to and are actually going to put a plan of action towards," she says.

Put it in perspective. "Rather than associating the New Year with resolutions or changes you need to make, consider it a time for reflection on things you wish to work on throughout the year," Applebaum says. "Quit dwelling on what you have not accomplished and focus on what you will accomplish instead."

Reason 10: Not Believing in Yourself

According to Beverly Hills psychotherapist Barbara Neitlich, sometimes all you need to keep going is a pat on the back—from yourself. "Congratulate yourself for your progress. The problem is that many individuals have a very black and white attitude. They see it as either you have achieved your goal or you have failed, but there is a grey area," she says.

One way to stay on track with your New Year’s Resolutions is by utilizing a Life Coach. You can easily access a Life Coach through online Life Coaching. All you need is a laptop computer, tablet or smart phone with an internet or cell connection. It can be done at a time that is convenient for you from the privacy of your home.

If you are interested in online life coaching and would like to learn more. Click on the blue button to find our more about how it works.